Miss Manley reports on some of the creative antics students got up to before the end of term!

Year 8 French took part in a French Film Day à la carte at the French Institute in South Kensington earlier this summer. The day was set around a recent French film release called "Les Malheurs de Sophie". In the morning the students worked in groups to understand key vocab and information about the film. They worked with French Native speakers and worked well to improve their pronunciation and picked up a great deal of new vocabulary. After lunch we were treated to a private viewing in the Institute's fabulous cinema. The girls worked really well to watch the whole film in French (with subtitles) and their giggles and gasps throughout showed they kept up well with the story line. All teachers who accompanied the trip were very proud of the girls and how they conducted themselves on the day.

The French Institute Library is a free resource, so next time you are in South Kensington please go and explore the centre with your child and see what the Institute offers for you.

There are a range of summer events happening at the French Institute including more French film viewings, a French summer camp, French arts and crafts club and plenty more. They are great events and so well run by the centre, it would be lovely to hear that our students have visited and taken part in the activities over the summer break.  Follow them on twitter for more updates. @ifru_london  #cinélumière 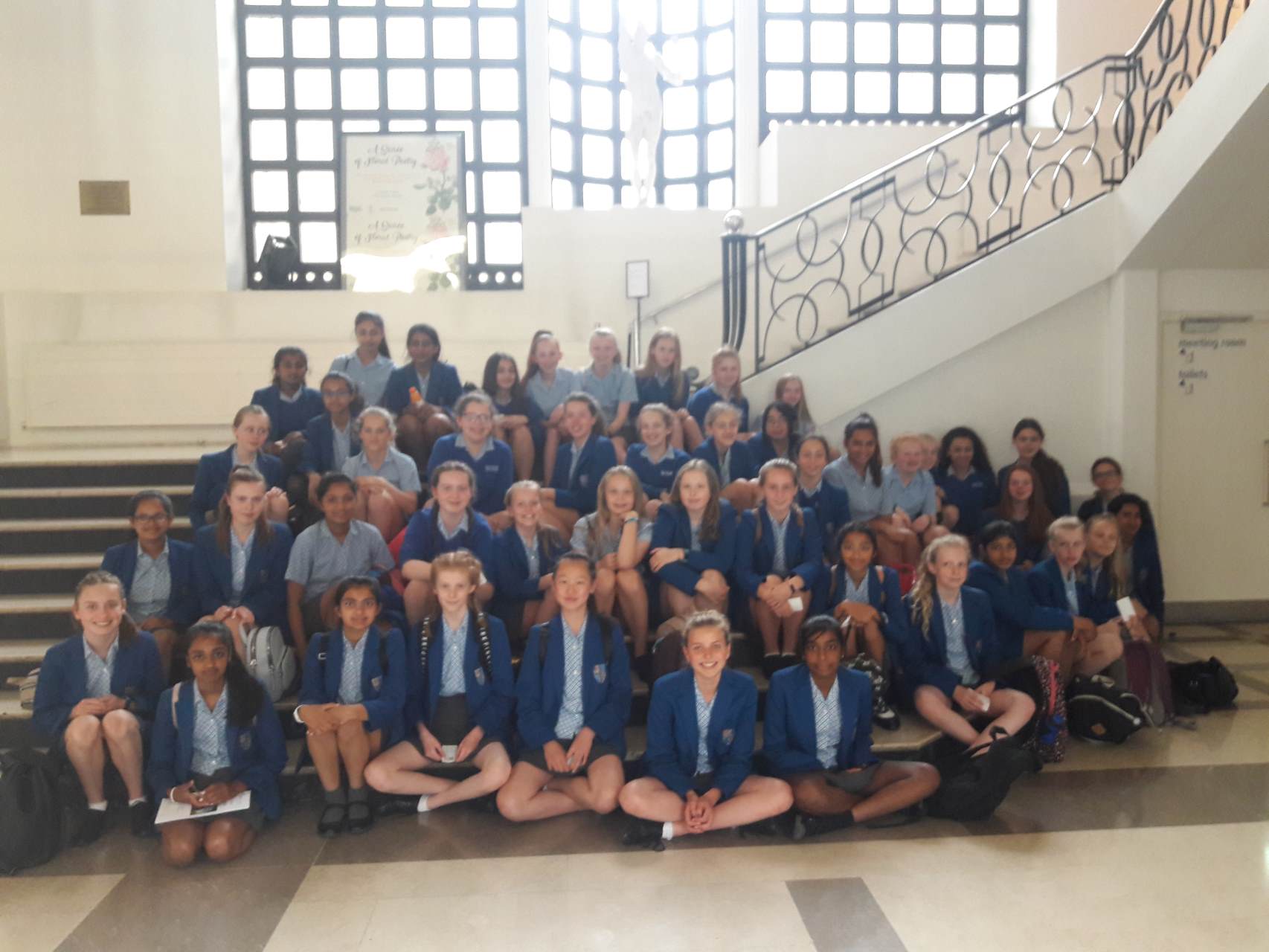 Polly in Year 8 writes about the day:

On the 12th June I was lucky enough to visit the French Institute along with 70 other girls from my year. After a coach ride where we saw loads of sights like the Natural History Musuem, we arrived. The day was based around a really funny film called ‘Les Malheurs de Sophie’, which we completed a booklet about and thoroughly enjoyed watching the film as well (with the help of a few subtitles!!). Overall, our day was really interesting, really fun, and a great day out. I would love to come again! 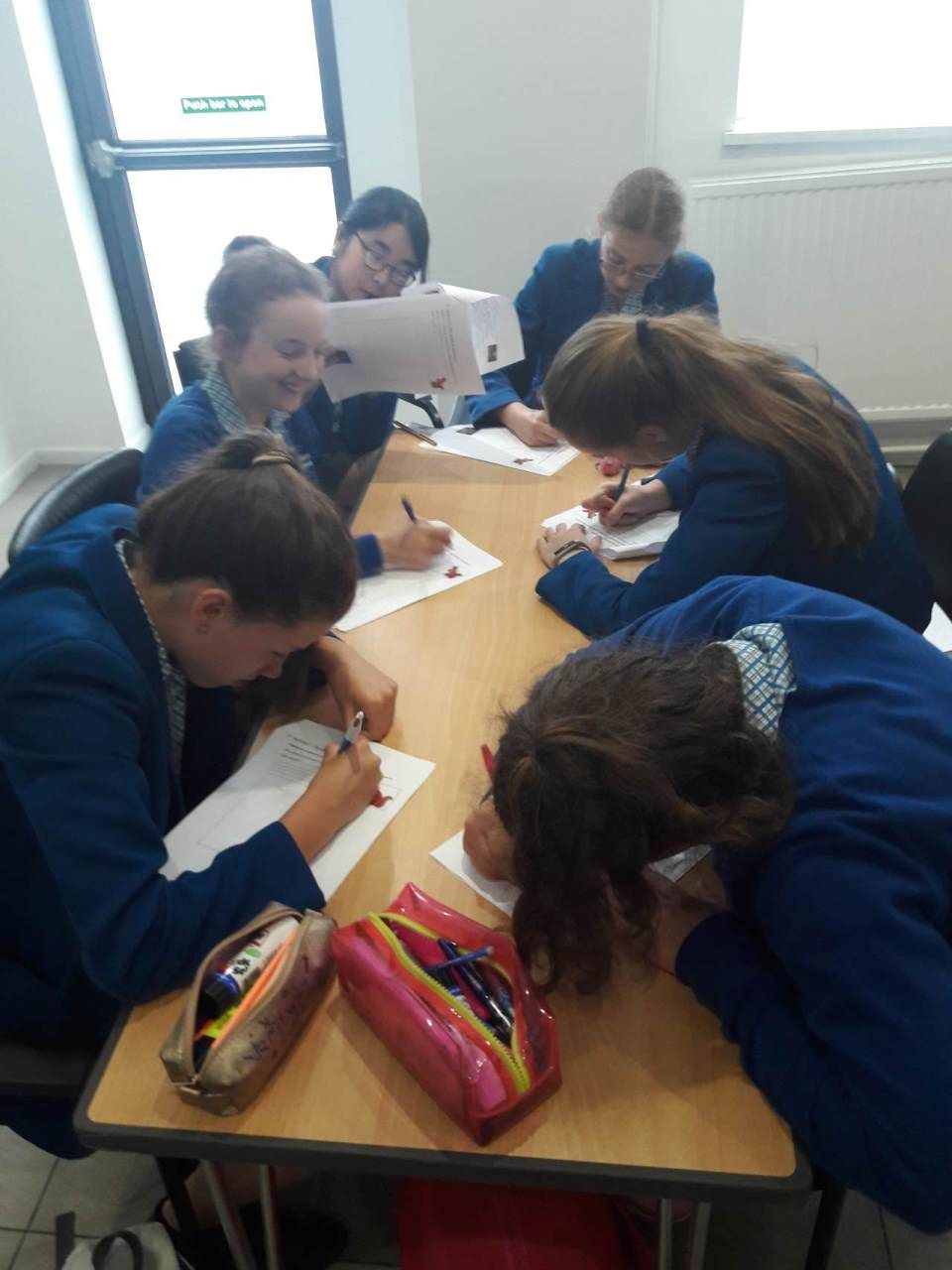 During the summer term we were invited to St Mary's University to take part in a Modern Language Poetry Competition. We were invited to bring two French and Spanish students to the grande finale. In order to decide our two finalists, we held an in school competition.  It was great to see the turnout from the French and Spanish students - well done Year 8.

The first round saw students learning a Spanish or French poem from an anthology and performing it from memory to a panel of judges. The performances were fabulous and really showed the high standard of Language students we have in Year 8. Notable performances must go to Ash Padiyar and Emilia Wijsman in French and Annabel Santner and Kaviyashree Damodaran in Spanish.

Four participants in each language went through to the second round, where students were given an unknown poem in the morning, with a brief background to the poem by Miss Manley and reminded on their key pronunciation rules. They then returned at lunch break to perform these poems to the panel of judges. The participants worked incredibly hard and both the French and Spanish judges found it very difficult to pick only two winners.

Our finalists, who went to St Mary's University in Twickenham to compete against 50 other participants were Yasmine Noble and Teja Parchuri (Spanish) and Sophia Orr and Gemma Light (French).